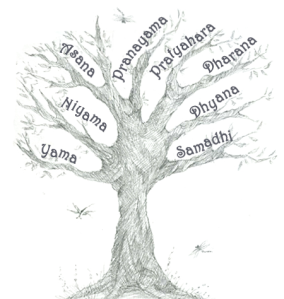 If you’re developing a dedicated yoga practice, you have probably heard of the yamas and niyamas of Patanjali’s classical yoga, which include such virtues as ahimsa (nonharming), satya (truthfulness), and samtosha (contentment). Lesser known are the “yoga vitamins,” as B.K.S. Iyengar named them in The Tree of Yoga. These five partner virtues, set forth in the Yoga Sutra (I.20), reinforce the classical practice of yoga and generate an abundance of good (or white) karma for the practitioner.

The first vitamin is sraddha (SHRAH-dah), usually translated as “faith.” But many interpreters of Patanjali have also translated it as many other things—”trust and confidence” (in the rightness of what you’re doing and in the sympathy of the divine), “firm conviction” (which is free of doubt), “positive attitude” (even in the face of momentary setbacks), “acceptance” (of traditional teachings and the words of your teacher), and “sweet hope” in the ultimate success of your practice.

In Sanskrit, sraddha is a feminine word, suggesting that faith is gentle and supportive. Indeed, the sage Vyasa, who is credited with writing the oldest surviving commentary on the Yoga Sutra, said that faith is “benevolent like a mother; she protects the yogi.” When the practitioner holds to faith, the mind becomes tranquil and, as Vyasa concluded, “strength gathers in him.”

Such strength is known as virya (VEER-yah), the second vitamin. Virya is usually translated as “energy” or “vitality,” the sort that comes from knowing you’re doing the right thing. But it’s also characterized as “courage,” “strong will,” “enthusiasm,” “stamina,” and “dedication.” As virya gathers in the practitioner, said Vyasa, “intentness attends upon him.”

“Intentness” is one interpretation of the Sanskrit word smrti (SMRIT-tee), the third vitamin. Usually, smrti is simply translated as “memory,” but in this context, it’s better understood as “mindfulness.” What are you supposed to be mindful of? Some commentators talk about the practice of constantly minding the more palpable aspects of your life experience: your body, the contents of your consciousness, your surroundings, your breath. Others interpret mindfulness as a diligent remembrance of and reflection on the true nature of the Self. Still others believe that memory also includes the recollection of what you’ve studied in yoga scripture. In any case, mindfulness focuses the energy of consciousness and so serves as a prelude to meditation. As Vyasa said, “At the presence of intentness, the mind, free of disturbance, becomes harmonized and established in samadhi.”

Samadhi (sah-MAH-dee), the fourth vitamin, is a highly technical term in classical yoga that literally means “putting together.” It ultimately allows the practitioner, said Vyasa, to “perceive things as they really are.”

This perception of things as they really are leads to the fifth and final vitamin, prajna (PRAHJ-nah), which is actually the goal of yoga practice. It roughly means “knowledge,” but Patanjali wasn’t talking about knowledge in a worldly sense, of course. The great 20th-century sage Sri Aurobindo defined the term prajna as the “knowledge that unites” all the loose ends of one’s self in the Self.