About 15 years ago, a student I’ll call George showed up for my class one day. He was in his early 60s and had been a runner. But he’d chewed up his knees from years on the pavement, so he started working out at the gym where I was teaching instead. His chiropractor told him he really needed yoga and recommended my classes. George embarked on his yoga journey intent on doing the hardest poses in the most strenuous fashion, all while gritting his teeth or, alternatively, wincing. 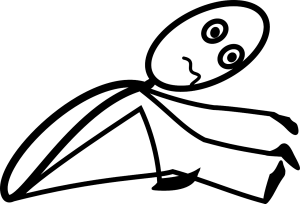 When he first starting coming to my classes, I would directly request that he use a prop. But he ignored me. My next strategy was to discretely sneak a block next to his mat. But it would just sit there, lonely and untouched.

“Come on George,” I’d quietly urge, “It will feel a lot better.” “Props are for wimps!” he retorted with a good-natured chuckle. “I’ll loosen up eventually.”

If I knew then what I know now, I would have said, “It’s nice to be optimistic, but flexibility is not just a matter of will, it’s dependent on how you’ve used your body throughout your life, as well as your age, sex, and genetics. If you don’t use props for some of these poses, you might hurt yourself.”

George might sound like someone who doesn’t really understand yoga – self-compassion, nurturing, non-competitiveness, and self-acceptance were not on his radar.But it’s not an isolated perspective.

I once taught a workshop in a studio that had no props, well they had mats. . .but that was it. Super bare bones. I asked the studio owner about it and she said, “Well, I just don’t want my students to become dependent on them.

”Yeesh. Another studio owner once told me that if I just pushed myself harder, I would look like her in a few months. Gasp. . .Choke. . .Breathe. . .Namaste.

Even though I didn’t understand much about the science of flexibility at that time, I knew that I could hurt myself if I overdid it and I wasn’t interested in that.

I’d rather be a little tight but still able to walk in 10 years, thanks.If you have a short torso, long arms and legs, hypermobile joints, and a cheerleading history, you might make it to the cover of Yoga Journal performing any number of gravity-defying, Instagram-ready positions.

For the rest of us, there are props.

Eventually, I figured out how to help George. I started making the whole class get a block, bolster or blankets depending on what we were doing.

Everyone, myself included, would do the same pose with the prop and then I’d say things like, “You may choose to do this without the prop if you like, but I’m going to show it and teach it this way.” Somehow this shift in my teaching gave George the permission he needed to accept props.

I noticed that he began to struggle less and enjoy class more. He stopped gritting his teeth and wincing, he even began staying for Śavasana instead of hustling out with an excuse that he was late for something.

George got a little more flexible, but mostly, he started to find a little more quiet within himself, and a weekly opportunity to take a mini vacation from his strive-drive.

I believe that if yoga teachers can help people feel a bit more comfortable in their own skin, a little less stressed, and give them a chance to take a small reprieve from their self-punishing tendencies, then we’ve done something positive, we’ve given students the space to explore a way of being they may not have access to anywhere else in their lives.