Few culinary treasures have made their way to every continent in the world as has the warm, soothing cup of tea. More tea is drunk worldwide than any other beverage except water. The Indian word for tea, chai, came to India from China and also Japan, where tea is known as cha and defined as a simple hot-water infusion of the tea plant Camellia sinensis. 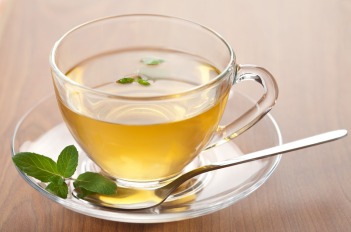 Tea is indigenous to China, Indochina, and the northeast provinces of India, particularly the cool, wet mountainous regions of Assam. The Chinese first discovered tea drinking in 2737 b.c.; however, it was the British and the East India Company who first cultivated tea in India in 1836 for export to Europe.

Over time, though, Indians started to add their own spices, most notably cardamom, to the standard British-influenced concoction of black tea, milk, and sugar. Cardamom was used for three reasons: It enhanced the tea flavor; it provided a mild digestive aid traditionally said to warm and stimulate agni, our digestive fire; and lastly, it neutralized the toxic effects of caffeine.

In India’s northern state of Punjab, more elaborate mixtures of culinary spices were added into tea to further enhance its medical effects, creating some of the world’s most flavorful brews. As the Sikh religion native to Punjab arrived in America with Yogi Bhajan in the late 1960s, the heavily spiced tea became known as “yogi tea.” Yogi tea, also called masala tea, is now used as much to warm and stimulate digestion after a meal as to nourish body, mind, and spirit with its light, cleansing qualities.

In America the terms “chai” and “yogi tea” are often used interchangeably. A simple way to distinguish between them is the amount of spice used. Traditional chai is heavy on both milk and sugar and contains only a modest amount of spice, which is usually just cardamom. Yogi tea emphasizes more spice and can be served with or without the black tea, the milk, or the sugar.

Four primary spices are used in yogi tea: cardamom, ginger, long pepper, and cinnamon. Cardamom and ginger are considered sattvic, believed to stimulate spiritual purity. These spices also help to reduce mucus, relieve gas, calm the stomach, stimulate agni, and eliminate ama(toxins). Long pepper (pippali) does all this, as well as reduces pain and rejuvenates tissue. Cinnamon is similar to cardamom and ginger in properties and is also good for the circulation and the heart.

Everyone seems to have a favorite yogi tea recipe, but here is a basic one for beginners —

Reduce the heat and let the spice mixture simmer for 30 minutes. Add one and one-half teaspoons black tea and then let steep for no longer than 10 minutes. (It becomes too bitter after that.) Strain and add milk, honey, or maple syrup to taste.

Indeed, some yogis may prefer drinking just a simple infusion made from only the base spices, depending on their particular dosha, without the black tea, milk, or sugar. For example, kaphas, who may be burdened by sluggish digestion, gas, or constipation or suffer from dairy sensitivities, obviously should skip milk and sugar. Sensitive vatas and easily agitated pitas should avoid the caffeinated black tea.